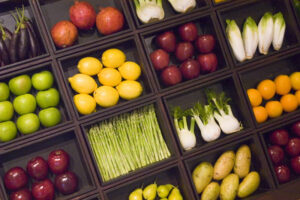 Experts say avoiding processed and sugary foods can improve conditions of joint pain and like skin psoriasis and IBD how consumers’ diets may impact inflammation throughout the body.

Their findings showed that moving away from a traditional Western diet, which includes a lot of processed foods, and following a more balanced diet can improve joint pain and skin inflammation.

“Earlier studies have shown that Western diet, characterized by its high sugar and fat content, can lead to significant skin inflammation and psoriasis flares,” said researcher Sam T. Hwang. “Despite having powerful anti-inflammatory drugs for the skin condition, our study indicates that simple changes in diet may also have significant effects on psoriasis.”

For the study, the researchers conducted a diet-based experiment on a group of mice. The team was focused primarily on the IL-23 protein, which is associated with inflammatory properties. In the first part of the study, all of the mice were fed a Western diet for six weeks and then induced with the IL-23 protein. One group of mice was then switched to a healthier diet while another group stayed on the Western diet for another four weeks.

The researchers learned that switching from a Western diet to a healthier diet led to less skin and joint inflammation in the mice. While the mice that received a more balanced diet after six weeks did initially experience flare-ups with both psoriasis and joint pain, making the switch to healthier food helped alleviate those symptoms over time.

“There is a clear link between skin inflammation and changes in the gut microbiome due to food intake,” said Hwang. “The bacterial balance in the gut disrupted shortly after starting a Western diet, and worsened psoriatic skin and joint inflammation.”

These findings are important because they highlight that there are health concerns associated with eating foods that have high amounts of fat and sugar. The researchers hope that consumers take these findings into consideration and think about how they can make their diets healthier to reduce inflammation.

“It was quite surprising that a simple diet modification of less sugar and fat may have significant effects on psoriasis,” said researcher Zhenrui Shi. “These findings reveal that patients with psoriatic skin and joint disease should consider changing to a healthier dietary pattern.”

Get a health screening near you for joint pain

Get Peace of Mind or Early Detection with Life Line Screening